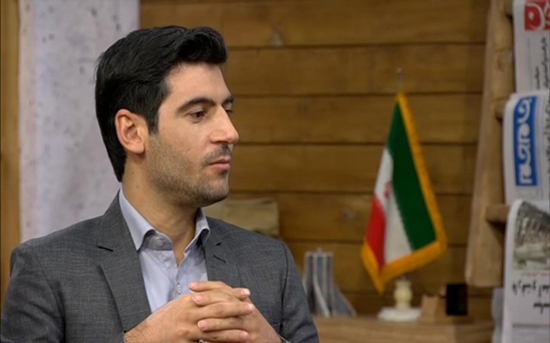 TEHRAN – Defying U.S. unilateral sanctions, Iran, Russia and China are increasingly expanding their economic and political ties in a way that could lead to the formation of a new politico-economic bloc, former diplomats tell the Tehran Times.

Iran and Russia are in the process of upgrading an old bilateral treaty that could raise their cooperation in many fields to a strategic level. During his latest visit to Russia, Iran’s Foreign Minister Mohammad Javad Zarif discussed the issue in detail with high-ranking Russian officials including Russian President Vladimir Putin and Foreign Minister Sergei Lavrov.

The treaty in question is nothing new. It was signed in Moscow between Iran and Russia on 12 March, 2001. The treaty, officially known as the Treaty of the Foundation of Mutual Relations and the Principles of Cooperation between the Islamic Republic of Iran and the Russian Federation Act, was initially signed for a period of 10 years. However, according to the terms of the treaty if neither party notifies the other party in black and white of its intention to terminate the treaty at least one year before its expiration, it will be automatically extended for a further period of five years. Accordingly, the treaty has been extended twice, and it’s scheduled to expire in next March.

“The treaty was signed for a period of 10 years and it has been extended twice. It will be 20 years old in eight months from now. This treaty belongs to another period of international relations and our relations with Russia. We have agreed with Putin to review the treaty,” Zarif said at the end of his visit to Moscow, which took place on July 21, adding that he held talks with the Russian officials for more than 4 hours, including an hour-long phone conversation with Putin, which Zarif himself described it as “very fruitful.”

Iran’s chief diplomat added, “Of course, when the expiration date arrives, the treaty will be extended provided that no party opposes the extension. However, we think it’s better to upgrade the treaty and draft a long-term comprehensive strategic agreement, which should be signed eventually and then submitted to the Parliament.”

Tehran’s push to sign a new long-term agreement with Moscow is in line with its new policy of cementing ties with countries that are impervious to the U.S. criticism of their dealings with Iran. In an attempt to strangle the Iranian economy, the U.S. continues to impose sanctions on Iran to scare foreign firms away from Iran. And it also tries to disrupt any economic transactions between Iran and other countries.

However, some analysts believe that Iran’s efforts to sign long-term agreements with superpowers like Russia and China could deliver a major blow to the U.S. push to isolate Iran, because these agreements are indicative of the development of ties between Iran and the world.

Iran is also negotiating with China over a 25-year partnership that some Iranian officials called it “turning point” in Tehran-Beijing ties.

It’s worth noting that these agreements are of economic importance for Iran and also for Russia and China. According to some leaks of the Iran-China deal, China would invest $400 billion in many Iranian sectors including oil and gas. In return, Iran would ensure steady energy supplies to China for 25 years.

The agreements with China and Russia have fueled speculations that Iran, China, and Russia are building an economic bloc to boost their trade by using their national currencies in an attempt to marginalize the U.S. dollar and reduce its influence on their economies.

With Iran, Russia, and China negotiating over long-term strategic agreements, it seems that new world order is in the making in the East, Ramin Mehmanparast, the former spokesman for the Iranian Foreign Ministry, told the Tehran Times in a telephone interview.

Referring to the growing economic and political cooperation between Iran, Russia, and China, the former diplomat said, “We will witness the formation of new world order in the future.”

He also told the Tehran Times that the only country to blame for this order is the United States, whose wrong policies brought Iran, China, and Russia closer together.

When taken together, Iran’s agreements with Russia and China can help Iran mitigate the U.S. sanctions’ effects on its economy and further boost its bilateral ties with the two nations. At the time being, the total volume of Iran-Russia’s annual trade is estimated to be less than $2 billion, despite the fact that the two countries have signed agreements to increase the bilateral trade to $25 billion a year, according to Shuaib Bahman, a Russia expert.

Bahaman told the Tasnim news agency on July 24 that there are many reasons behind the lack of development of economic ties between Iran and Russia including U.S. sanctions, banking, and transportations issues, but the main reason remains the complicated bureaucracy of Iran.

However, it seems that Iran is taking some steps to facilitate some bureaucratic procedures. During his visit to Moscow, Zarif held extensive talks with the Russian officials on expanding cooperation between the two countries. He also delivered an “important message” from President Hassan Rouhani to Putin. Two weeks later, Iran’s chief diplomat met with Leonid Stutsky, the chairman of the International Affairs Committee of the State Duma of Russia.

“Very productive meeting with Chairman of the International Affairs Committee of the Russian State Duma, Leonid Stutsky. Followed up on important discussions I held with Russian leaders in Moscow two weeks ago,” Zarif tweeted on Sunday after a meeting with the visiting Russian legislator.

Bahman previously has told the Tehran Times that Iran and Russia are pursuing a greater plan to draft a strategic document that could shape their relations for years to come. This plan could well be a sign of the two countries’ renewed efforts to expand their economic relations. This was on full display during the latest meeting between Iranian and Russian transport officials, which was held on July 27 via video conference.

“Undoubtedly, the constructive achievements of this meeting are a great step toward further boosting transportation and transit dealings between the two counties and thus expanding the trade between them comprehensively,” the IRIB news agency quoted Adamnejad as saying on July 29.

“Moscow and Tehran will continue their trade, because we think that if a trade is profitable for Russia, then it should be continued regardless of the U.S. demands,” IRNA quoted the Russian official as saying on August 1.

“Russia will not allow others to decide for its foreign policy and the Kremlin does not look at Washington (‘s position to make decisions). The U.S. imposes sanctions on Russia one day and sanctions Iran the other day,” he pointed out, adding that “we should take our own interests into consideration.”